A human-centred approach for cleaner air in schools 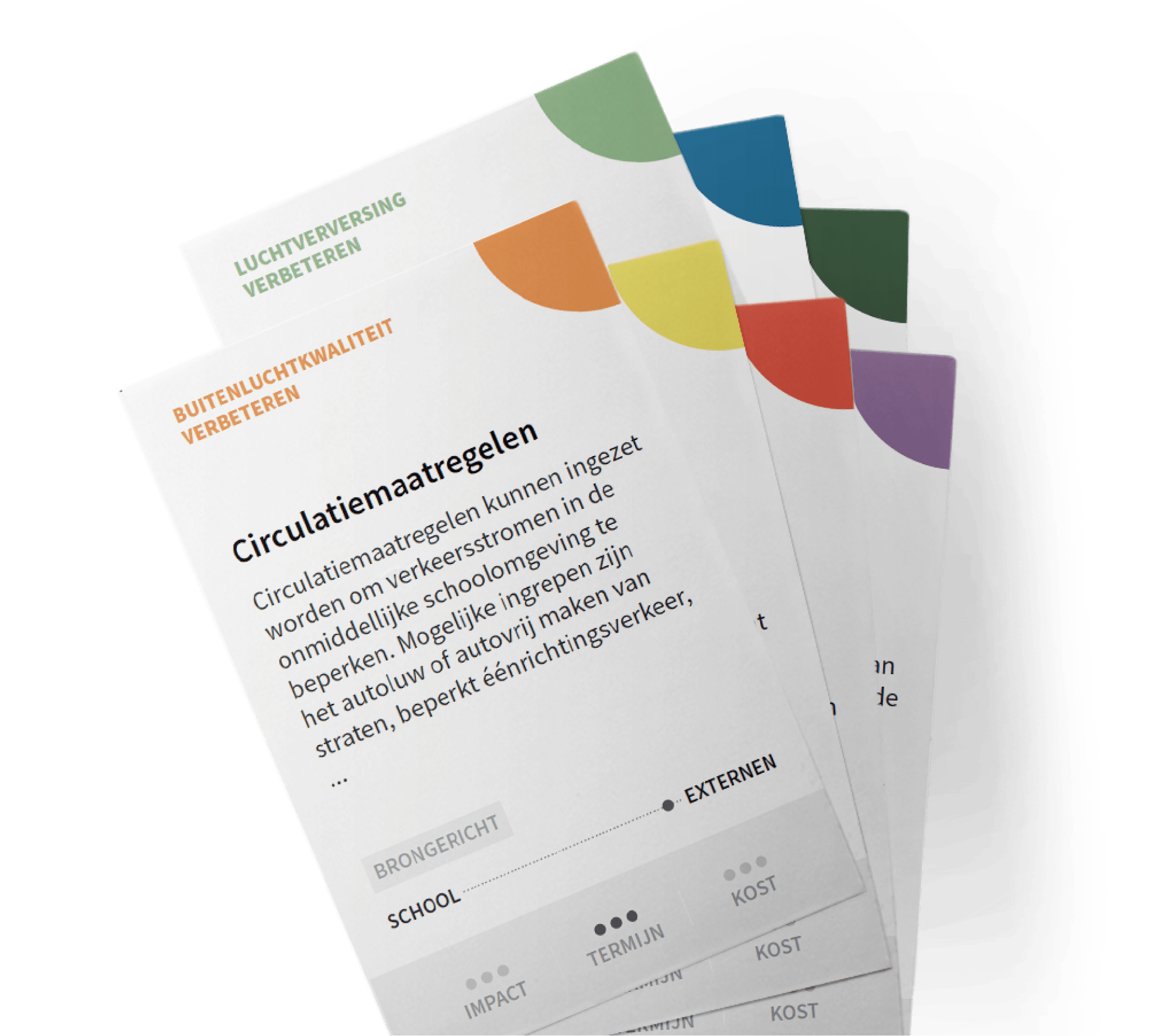 Antwerp is dedicated to improving the air quality in its city schools, both indoors and out. With the citizens asking for swift action and knowing that city measures can take time to implement, they turned to Namahn to coach several pilot projects using a human-centred approach to generate action-driven solutions.

Air pollution is a serious problem with major health implications. Especially in densely populated, economically valuable, and industrial areas, alarming concentrations can be increasingly frequent. The application of systemic design made sense for this project, as air pollution does not have a linear-causal cause but arises from a combination of different factors.

Our approach to this project applied the systemic design toolkit in co-creation workshops and coaching that would formulate the ideas to be validated in experiments by the city of Antwerp. We coached the project leader over the course of two years providing human-centred design and systems thinking practices and tools to be put to work.

All key stakeholders were involved from the beginning of the project including school staff, parents, people from the school neighbourhood as well as experts in air quality and representatives from the city administration. We hosted co-creation sessions to grasp the needs, frustrations, and perspectives of all those involved.

Taking a systemic approach, the first step was to frame the challenge to align on the scope. We then applied the technique of a rich-context map, a tool that looks at the current common practices and aims to find out new (emerging) ways of doing. We mapped all stakeholders that influence the behaviour of the system like protest groups that organise manifestations and took into consideration the infrastructure of the schools and all pollutants, even the soot in fine dust emitted by cars.

While mapping the system, we discovered an interesting core loop showing the relationship between indoor and outdoor air quality. The map also showed us where to intervene.

In following workshops, we built generic intervention models aimed at exploring improvement possibilities in more detail with the school staff and experts.

Applying the value proposition framework, we pushed the thinking from solely ecological (less pollution) and social (improved wellbeing) to psychological and even economical. This tool helped to grasp the possible benefits that can be reaped by improving air quality and broadens the arguments for action by multiple stakeholders.

Through building the generic intervention model, we saw that there was a shared understanding of the workings of the system, but although schools were all aligned on the urgency to find a solution, they did not know where to start. There was a need for concrete instructions that could be implemented with available resources.

Based on the core loop and generic intervention strategy, the team drew up a scan so that each school could better understand their own status and intervention strategy. Each school scored themselves on the themes, resulting in a variance of responses and underlining that a one-size-fits-all solution could not be applied.

A toolbox to take action

Based on our coaching and workshops, we designed a toolbox to be used by the schools in the next phase of experimentation that included different measures to improve air quality. All schools engaged in a “living lab” for one full school year in which they tested the interventions defined, measured the impact on air quality using sensors and exchanged their results with the other schools.

We scaled up the paper toolkit to be used on an online platform by the schools. The team also drafted a roadmap for the experimentation including specifications on how to measure and share results.

We continue to support the school-specific learning network of this project by organising sessions for the schools to share their experiences and diffuse the results.

Following the living labs experimentation in the schools, the next phase is aimed at acting on a higher civic level to ensure that air quality is taken into consideration when schools are built or renovated. This involves breaking the silo affect in the organisation and strengthening informal relationships between the civil servants of various departments.

Beyond the schools, we continue to support Antwerp in its city-internal learning network by designing and planning formats for knowledge sharing within the different services.