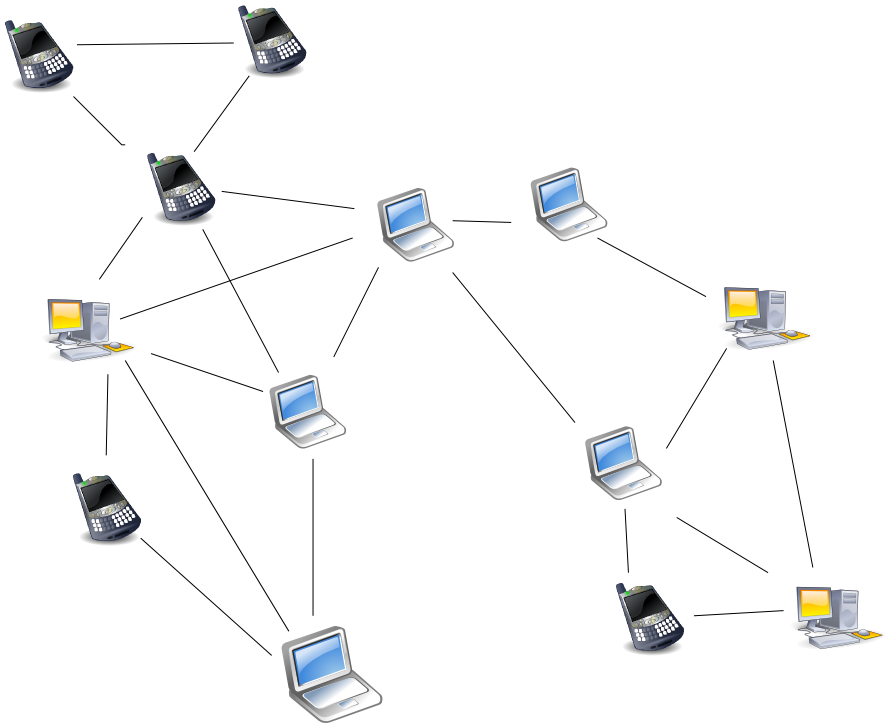 …according to social entrepreneur Michel Bauwens, invited to speak to a packed audience in the Namahn library after an absence from Belgium of four years. This revolution is neither clean nor tidy; it is messy, opportunistic and evolving in the context of abundance—in this case, the abundance of digital matter. It is a social dynamic between computers and between people, signaling the birth of a new social order: peer-to-peer (P2P).

History proves that one system of society dominates at any given time. There are four main systems: gift economy (tribal), authority ranking (feudal), market pricing (capitalism), and communal sharing (P2P). Bauwens believes that in the next 40 years, the latter will dominate.

According to Bauwens, the P2P era will mean equipotential rights for all in every field. P2P can be termed as the sharing economy: you contribute what you can and take out what you need. It is not a freeware economy: you have to give a little to have access to the whole. But in Bauwens’ view, major issues facing the world today, such as protecting the planet, can only be successfully tackled by a P2P society.

Taking the example of freeware, the process is threefold: Firstly, increased ability to create value together without the intervention of the state leads to peer production. Freeware is an invitation not an obligation. The currency is not money but reputation; there is no supply and demand or prices to be set. We already have what we need; we simply develop more and better. Secondly, conflict arising from these actions means we create governance after the fact to deal with them, not before the fact. No one has imposed rules beforehand. Thirdly, the new system is protected by self-governance, the principle of freeware being “I share for free and you can use for free but if you make money from it, I want something in return”.

The idea behind Google was to see how people self-select. The top links are those sites that get the most hits. No one is deciding which these top links will be except the users. Yes, it has its faults (people naturally go to the top links which get to stay at the top because they are continuously chosen) but the principle of self-selection remains.

Another example is Wikipedia: an open and free notion of knowledge—holism (the whole) as opposed to panotism (hierarchical). Just as Google, it is by no means flawless, but neither are traditional encyclopedias.

In recent years, trust in our peers is rising in parallel with falling trust in official persons, not just in Western civilizations but also in Asia. Technology is enabling us to attain massive cooperation between small teams located all over the world that work, share, create and decide together. With the arrival of Web 2.0., value is increasingly created by users, as opposed to providers. Today, companies create websites as platforms for enabling user participation and allowing people to create value themselves. As open source grows, the corporate world becomes more dependent on P2P. New incentives are not all made by corporations. People exchange ideas and innovations happen. Companies have to develop new strategies to work with these “commons” by offering something, for example sponsorship. The distribution of P2P is essential: goods made in small batches so people have control over resources.

Personal fabrication on the desktop, P2P micro financing—as long as the individual has control, he can participate in any project he chooses.

What makes P2P so productive? P2P is open and free; there are no copyrights. This encourages participation, leading to licenses, leading back to P2P, allowing the system to reproduce itself. P2P is about passionate production—you have to be passionate and positive. This is a motivating system and both society and individuals morally win. Immaterial and material worlds are being affected. In open source ecology for example, scientists/designers are sharing their ideas via the Internet, resulting in concrete physical objects. Books are shared, bikes are shared, even couches are shared (couchsurfing.com) which in fact describes itself as a project “seeking to internationally network people and places, create educational exchanges, raise collective consciousness, spread tolerance and facilitate cultural understanding”—hence much more than just a cheap place to sleep for the night.

To quote Jorge Ferrer: “We are fragments working together, one is good at one thing, one is good at the other. This distributes control and choice.” Bauwens’ example of counting birds in the US expresses this beautifully: a communal validation activity undertaken every winter, organised by self-selection. No one decides who can or cannot count the birds.