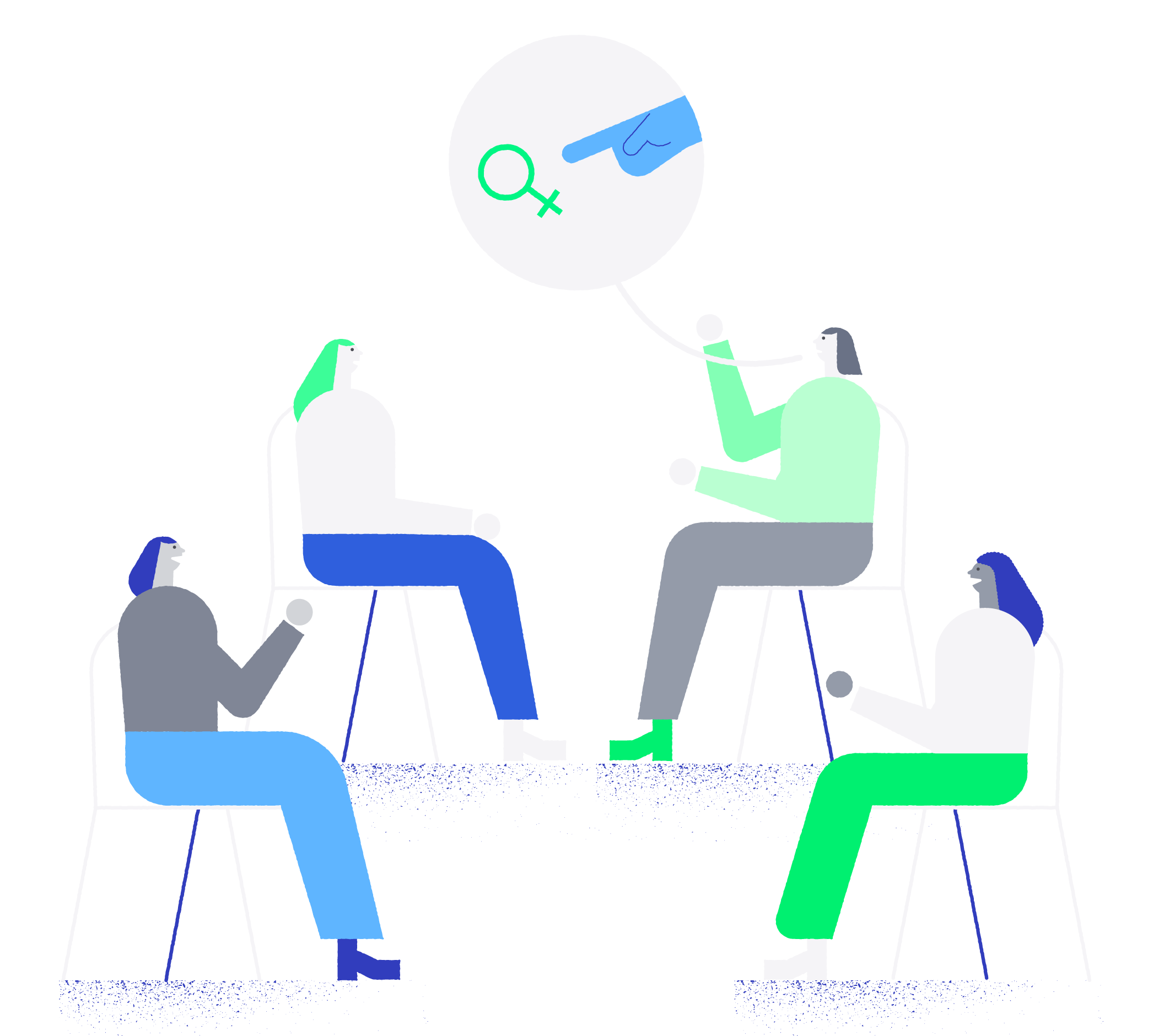 Sexual misconduct is a sensitive topic to talk about with anyone, but especially teenagers. In order to conduct our research, the designers had to create the proper atmosphere for the group to feel comfortable discussing their thoughts. The aim was to uncover and comprehend the underlying reasons for the stereotypes revealed by the quantitative research.

With our experience in gathering user insights through focus groups, the sociological aspect of this project made it an appealing challenge for Namahn.

From scenarios to discussion

Based on existing studies and quantitative research, our team of designers co-created with the Amnesty project team different real-life scenarios intended to spark debate amongst the participants in the focus groups. We had four focus groups made up of eight participants between the ages of 15 to 20 years old. They came from varying socioeconomic and educational backgrounds, students at both technical and more classical high schools. We had a balance of male-only groups as well as male/female combined groups to analyse the influence of different genders in the same room. We ensured that everyone felt like they were in a safe space in the room, based on respect and mutual listening.

We used a combination of non-verbal and verbal exercises to gauge how the participants viewed different scenarios. Starting off with a non-verbal exercise, we had one participant read a scenario out loud while the other participants placed themselves on an imaginary axis in the room. The axis went from “agree” to “disagree” based on the level of consent presumed by that scenario. Without speaking, the participants were able to express their points of view, and we were able to visually see the influences that they had on each other as they partook in this exercise.

Following these set exercises, the teenage participants were then comfortable enough to engage in a debate with less shyness or embarrassment. Since our designers introduced themselves as an independent organisation and designed the scenarios themselves, the responses were honest and thorough, without any suggestion towards a correct or incorrect answer.

Our designers created a qualitative report reflecting seven themes that resulted from the insight gathered. We mapped the participants’ replies on a spectrum based on the axis used in the focus groups to keep a granularity of the insight gathered and to give an inside look at the tendencies found.

Our research was used to help Amnesty International Francophone better understand which stereotypes are still shared amongst teenagers, their causes, importance, and the influence that they have on their beliefs and behaviour. The topics that we brought up included the nuance between forcing and convincing a partner, the importance of external influence, as well as the implicit rights and obligations in relationships. We noticed that teenagers are eager to safely debate these topics together, to feel more comfortable themselves about the possibility of facing such a situation.

At the conclusion of our work together, Amnesty International Belgium Francophone adjusted the content and tone of their campaign accordingly and reused the scenarios that we presented as a base for other activities. The insight from the focus groups were also shared with the media to support the launch of the campaign.