Rethinking the user experience in the pharmaceutical production chain 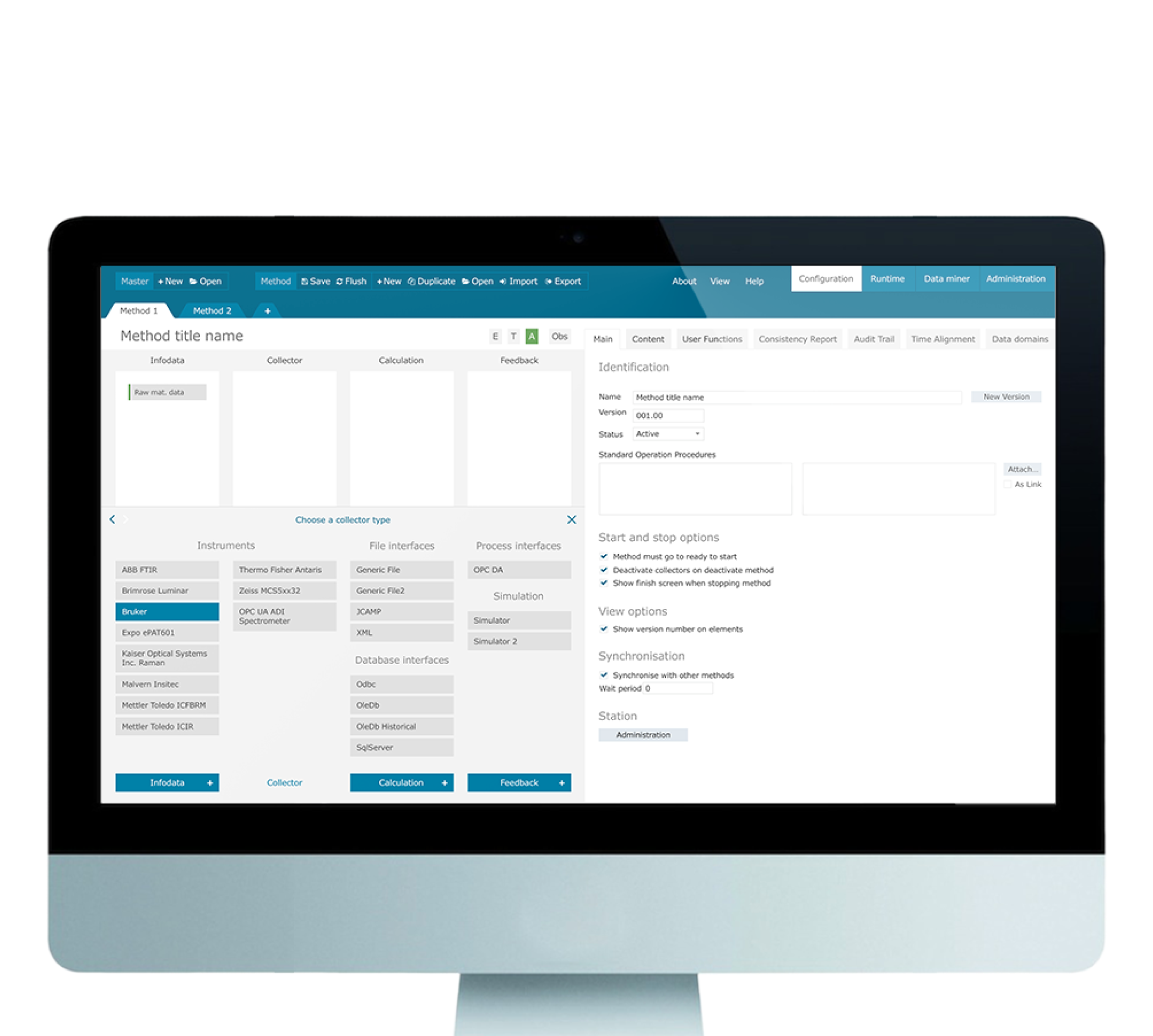 The software that Siemens uses for quality control and process analysis in pharmaceutical production chain needed a design overhaul to streamline the usability of the complex data, setup and configuration of the production environment

Facing complexity and mass amounts of data in one software

In pharmaceutical product production lines, there is a whole host of complex measurement systems that are used to ensure quality.

We were tasked with studying the complexity of the data models in the software used by Siemens to make it easier to use, understand, and configure.

We utilised field studies and remote interviews to really understand the needs of the different pharmaceutical producers worldwide. We used this insight to understand the gaps between their mental models and how the software was structured.

Based on what we found out, the designers drafted a first list of improvements covering technical, functional and User Interface (UI) issues.

We held co-creation workshops with Siemens in which we were able to prioritise the list of requirements together and create scenarios. Together we designed the first sketches of a new conceptual design in our workshops.

The sketches became the starting point for an extended set of wireframes that we then used for interviews during user research. The feedback gathered from these interviews was incorporated into a static prototype, which was used to further refine the interface, resulting in a new graphic design for the tool.

The designers were involved from the earliest stages of the agile development process, contributing to prioritisation choices and supporting the developers with design rationales.

During the design process, online walkthroughs and user tests of the conceptual and detailed design mock-ups were set up. In these sessions, feedback from first-hand users in leading pharmaceutical companies in the US and Europe confirmed the usefulness of the new concepts and allowed us to finetune the detailed design further.

At the conclusion of the project, we delivered implementation guidelines with specifications for the different elements of the interface.

The newly designed software now reflects an improved workflow that allows users to easily configure the data analysis process. The improved UI is also easier to use and provides analysts with a clearer view of the software’s complex data mining processes and results.